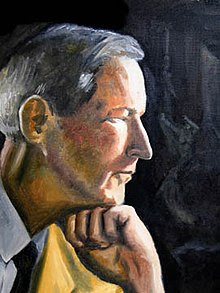 I made San Antonio the destination of the trip I described over the two preceding posts because I wanted to attend a meeting of a group of admirers of Jacques Barzun there. Every second Sunday of the month they discuss his masterpiece, FROM DAWN TO DECADENCE, a history of western culture from 1500 to the present.

The discussion was stimulating and amusing. I am grateful to all those I met there.

I'll just convey some take-away thoughts now. Barzun defined "revolution" in a somewhat narrow way. Nowadays, if someone invents a new vacuum cleaner that can get the dust in the corners more easily than the older cleaners, he is likely to call it a revolutionary product.

Even aside from marketing, you can find in dictionaries broad definitions of revolutions such as this: "far-reaching and drastic change." Thus, the late Helen Gurley Brown is both credited with and blamed for contributions to a "sexual revolution," the Vatican II council is said to have worked a "revolution" in Catholic doctrine, and the development of steam engines in the 18th century is widely said to have set off the "industrial revolution." Although each of those events fits in its own way into the broad story Barzun is telling, he has a narrower use of the word "revolution" that does not cover any of those, much less the new vacuum cleaner.

A  revolution, as Barzun uses the term, is: "a violent transfer of power and property in the name of an idea." Notice that the word "sudden" isn't part of that formula. A violent transfer of power and property can take a long time, and efforts to distinquish "revolutions" from "evolutions" by the duration of the one or the other are generically unimpressive. Dates like July 14, 1789 are convenient for memorialization, but are arbitrarily chosen from a chain of causes and effects stretching a long ways in both directions.

Notice also the final phrase of that definition. There are lots of violent transfers of power and properties in human history. Two nation-states can argue over a disputed piece of borderland and in time can come to blows over it. There is no difference in their "ideas" other than "our map is the right one," "no, our map is." Street gangs can argue over who gets to sell illegal drugs at the corner of Smith Drive and Main Street. The argument can lead to a violent transfer of power and property. Again, though, their ideas about what is happening aren't at issue.

A revolution as above defined is such a violent transfer "in the name of an idea."

There have by Barzun's count been four revolutions in this precise sense in the history of the west, 1500 to 2000:

1. A religious revolution, which you may if you wish date as early as 14th century England, when Wyclif translated the Bible into vernacular English in what Barzun calls a "heroic attempt" to recall the Church to its own primitive self, but which only crystallized when Luther nailed his theses to the door of a Church in 1517;

2. A monarchical revolution,  through which the kings of Europe, especially western Europe, separated themselves from Pope and Holy Roman Emperor on the one hand, and came to dominant the dukes and earls beneath them on the other hand, centering all political power in themselves, becoming at last true "monarchs" with an emphasis on the first syllable;

3. An individualist revolution, whereby in time some of those crowned heads empowered by the second revolution lost their connection with their shoulders, and we all came to regard ourselves as men, women, and children as the bearers of inalienable rights; and finally

4. A social or egalitarian revolution, through which the theme of emancipation has drowned all others. But emancipation from all restraint being impossible, this fourth revolution has brought the culture to the present impasse, where populations demand a combination of freedom with security that is "self-contradictory and probably unworkable."

I find what Barzun says about the second item on this list especially intriguing, and I will speak to it further tomorrow.

Popular posts from this blog

December 01, 2017
I've written about Nassim Taleb on earlier occasions in this blog. I'll let you do the search yourself, dear reader, for the full background. The short answer to the question "who is Taleb?" is this: he is a 57 year old man born in Lebanon, educated in France, who has been both a hedge fund manager and a derivatives trader. He retired from active participation from the financial world sometime between 2004 and 2006, and has been a full-time writer and provocateur ever since. Taleb's writings for the general public began where one might expect -- in the field where he had made his money -- and he explained certain financial issues to a broad audiences in a very dramatic non-technical way. Since then, he has widened has fields of study, writing about just about everything, applying the intellectual tools he honed in that earlier work. As you might have gather from the above, I respect Taleb, though I have sometimes been critical of him when my own writing ab
5 comments
Read more

A Story About Coleridge

December 27, 2013
This is a quote from a memoir by Dorothy Wordsworth, reflecting on a trip she took with two famous poets, her brother, William Wordsworth, and their similarly gifted companion, Samuel Taylor Coleridge.   We sat upon a bench, placed for the sake of one of these views, whence we looked down upon the waterfall, and over the open country ... A lady and gentleman, more expeditious tourists than ourselves, came to the spot; they left us at the seat, and we found them again at another station above the Falls. Coleridge, who is always good-natured enough to enter into conversation with anybody whom he meets in his way, began to talk with the gentleman, who observed that it was a majestic waterfall. Coleridge was delighted with the accuracy of the epithet, particularly as he had been settling in his own mind the precise meaning of the words grand, majestic, sublime, etc., and had discussed the subject with William at some length the day before. “Yes, sir,” says Coleridge, “it is a majesti
7 comments
Read more

September 01, 2019
I've discussed both Taleb and Pinker in this blog at various times, but I've never brought the two of them together. Yet reality has brought them together for me. One of Pinker's books for a broad popular audience is called THE BETTER ANGELS OF OUR NATURE (2011).  It argues that the world is making progress toward peace. Violence still occurs, but it becomes less common century after century, peaceful methods of the resolution of differences advancing. An example: it is almost possible to imagine France and Germany on opposite sides of a war in the next fifty years or so. Yet not TOO long ago as meta-historians reckon time they were on opposite sides of three different wars within about 3/4s of a century. What has happened? See Pinker's title for his answer -- the better angels of our nature are slowly prevailing and giving us a better world. Taleb has been sharply critical of this book. With the help of statistican Pasquale Cirillo, Taleb wrote a couple of es
1 comment
Read more

Christopher
Born in 1958, on the western side of the Tappan Zee, vocal at once, literate soon enough, and curious always.